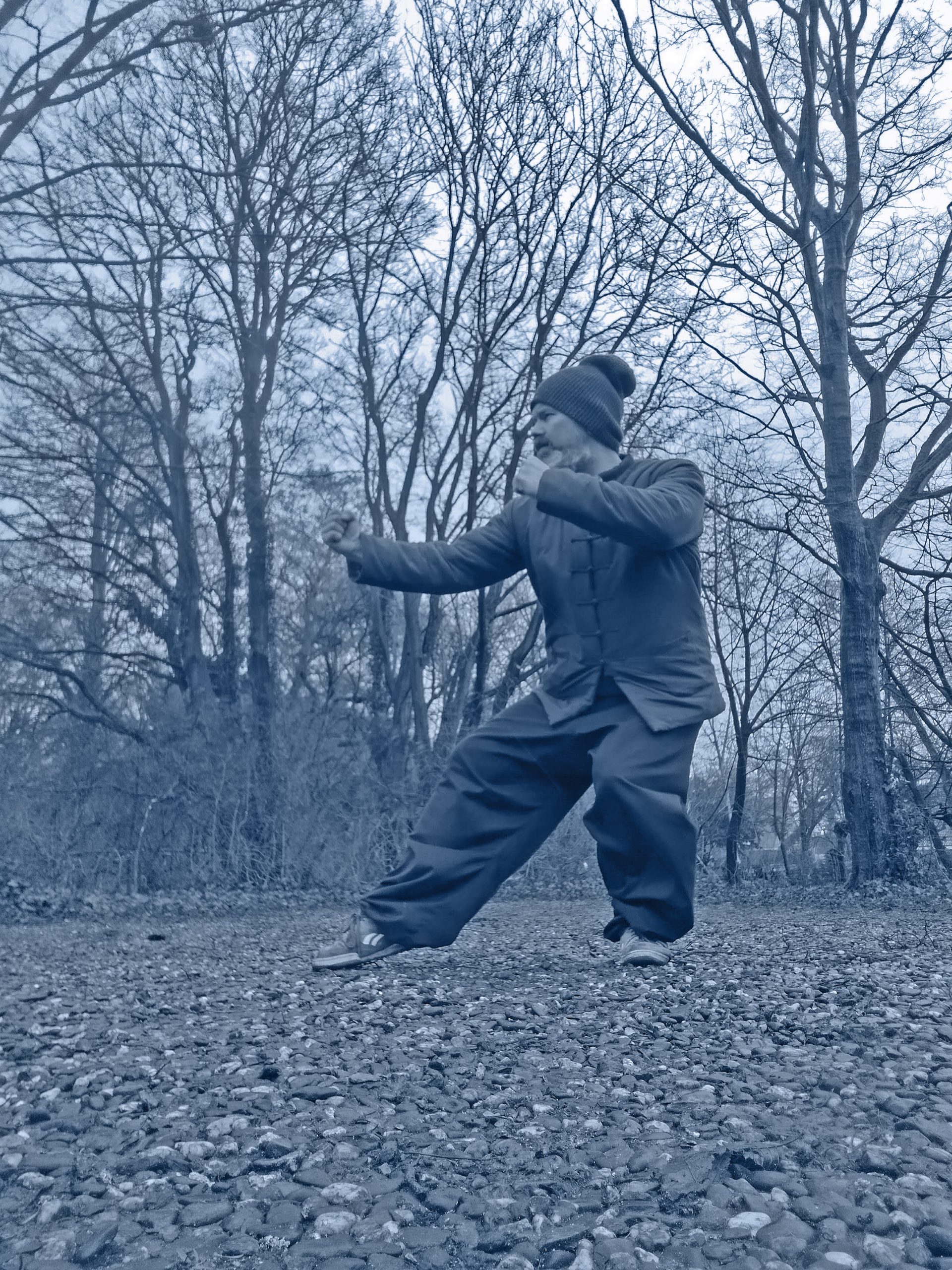 I’ve been practicing and teaching martial arts for 25+ years and now a days I provide workshops in Hung Gar 洪家 Kungfu and Qigong. Feel interested? Please feel free to contact me, to see what we can establish together.

My story began when I was 13 years old, I weighed arround 110 kilograms and obviously for health reasons I had to lose a lot of weight. Within one year I somehow managed to lose 90 pounds, just by my self. However, after losing this much weight I really wanted to became physically stronger and more resilient as well. So, when I was 15 years old I started with practicing martial arts at a local club. With alot of passion I followed weekly lessons in Pencak Silat and combined this with a little bit of Kickboxing and some Aikido. In 1999 I discovered Kungfu after seeing some documentaires on national television about Shaolin.

I was introduced to the traditional style called Hung Gar 洪家 and was immediately hooked. This was the martial arts which suited me best and gave me what I was looking for. Now at the age of 42, for me practicing Kungfu, is not only about learning new fighting techniques, but to improve and better understand the ones you already know. It has become a certain live style. When you practice on a daily or weekly basis it improves your overall health, not only physically but also mentally. After 25+ years of training and teaching I like to share my knowledge with others, so you can reap the benefits too of martial arts.

What I can offer you

I offer workshops for organizations and schools. Quality comes before quantity and I offer single or packages workshops. The workshops are simple and easy to follow and will be a introduction to the Chinese martial arts such as Kungfu, Shuai Jiao and Qigong. We can discuss together how to establish something that feeds your needs.

If you are interested in taking weekly lessons, please join our crew and start with 1 or 2 try out lessons. Learn the ancient art of Shaolin Kung Fu and develop yourselve to the fullest potential.